Dr. John Kroner: Creating a Legacy in Medicine at OHOW

At the Orthopaedic Hospital of Wisconsin, we have many world-class physicians. Our surgeons have such a strong passion for helping their patients, they even inspire others to follow in their footsteps. One of OHOW’s senior leaders and orthopedic surgeons, Dr. John Kroner is an excellent example of a legacy created in medicine. 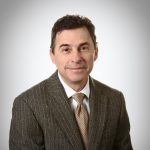 Dr. John Kroner has been performing surgery at the Orthopaedic Hospital of Wisconsin since it opened in 2001 and has been seeing new patients at Blount Orthopaedic Associates (formerly Orthopaedic Associates of Milwaukee) since 1987. His practice is broad, from arthroscopy to total joint replacement. His sole focus is orthopedics and he treats injuries of the ankle, foot, knee, hip, and shoulder. With over 30 years of experience caring for patients, he describes himself as “an old fashioned general orthopedist.”

Dr. John Kroner says, “I’ve cared for and operated on three generations of multiple families. I believe that only happens if you take good care of people and treat them with compassion.” His passion for medicine and his patient-focused treatments are what inspired his children to follow his legacy in medicine and pursue careers in healthcare.

Dr. John Kroner’s three children have all entered the medical field, thanks to their father’s example. His oldest child, Joseph, was born forty years ago while Dr. John Kroner and his wife, Jeanne, were in medical school. Joseph Kroner, MD, also practices orthopedic surgery at OHOW, proving that the apple doesn’t fall far from the tree. 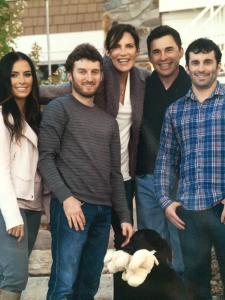 The Kroner’s middle child, Kevin, 36, came along while Dr. John Kroner was in residency. Kevin Kroner, DVM, took a different route in the medical field and is a Veterinary Surgeon at Lakeshore Veterinary Specialists in the Milwaukee Area.

Dr. Kroner explains, “The boys took an interest in medicine and science at an early age and followed those interests directly to their doctorate degrees. Jackie graduated in business from the University of Wisconsin-Madison but really didn’t enjoy business during her first year in the field. A year after her graduation, her mother developed some significant health issues. While helping care for her, Jackie decided she wanted to help others in the same way, so she returned to school to get her RN and NP degrees.”

Although Joe’s career is the most similar to his father’s, it wasn’t by design. Dr. Kroner says, “I hope that the passion I had for medicine played a role in my children’s pursuit of similar careers, but I was just as proud of Jackie when she got her business degree as I was for the boys when they graduated from college. I wasn’t the only one that was responsible for our children’s career choices and success. My wife, Jeanne, was by far the largest influence on the kids during the 9 years that I spent in medical school, internship and residency and continues to be so. Jeanne and I never steered the children in a particular direction, but we were quite strict about them doing their best at whatever they chose to do. We couldn’t be prouder of all of them!”

Dr. John Kroner has been practicing orthopedic surgery for the last 37 years, including his residency training. Dr. Kroner started his schooling at Marquette University and graduated with his undergraduate degree in 1978. He began his career in medicine at the Medical College of Wisconsin (MCW), where he graduated in 1982. He completed his residency at MCW from 1982-1987, where he was the Chief Resident for his last year. He has been Board Certified in Orthopedics by the American Board of Orthopaedic Surgery since 1989.

Dr. Kroner has many impressive accolades, and he’s very involved in the orthopedic community. He’s the past President of the Milwaukee Orthopaedic Society and is the past Chairman of the Department of Orthopaedics at St. Michael’s Hospital in Milwaukee. Milwaukee Magazine named him as a Top Doctor in 2018. His excellence and drive in the orthopedic field have no doubt played a role in inspiring his children to carry on his legacy in medicine. 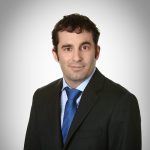 Of the three Kroner children, Dr. Joseph Kroner’s career most closely mirrored his father’s. He was born and raised in Wisconsin and completed his education here. He received his undergraduate degree from the University of Wisconsin-Madison in 2002. Like his father, he attended the Medical College of Wisconsin, where he was awarded his medical degree in 2007 and completed his residency in 2012. From 2012 to 2013, he completed a Fellowship in Arthroscopy and Joint Arthroplasty. He has been board certified in orthopedics by the American Board of Orthopaedic Surgery since 2015.

Dr. Joseph Kroner has practiced at OHOW since he completed his fellowship in 2013. He specializes in general orthopedic problems of the hip, knee, and shoulder. He performs both operative and non-operative treatments such as joint replacement surgery, arthroscopic surgery, and fracture care. After making a diagnosis, Dr. Kroner works with his patients on a treatment plan to get them back to their best.

Even though Dr. Joseph Kroner is in the early years of his career, he’s already well known in the orthopedic field. He’s an active member of many societies, such as the American Academy of Orthopaedic Surgeons, Arthroscopy Association of North America, Wisconsin Orthopaedic Society, and Milwaukee Orthopaedic Society. Dr. Joseph Kroner has big shoes to fill in his father’s legacy of excellence in medicine, but he’s already making a strong impact in the healthcare industry and the lives of his patients.

Although all three of the Kroner children ended up in different areas of the medical field, it’s apparent they all inherited Dr. John Kroner’s love for patient care. Through their life experiences and the inspiration of their father’s stories, they continue the Kroner legacy in medicine.