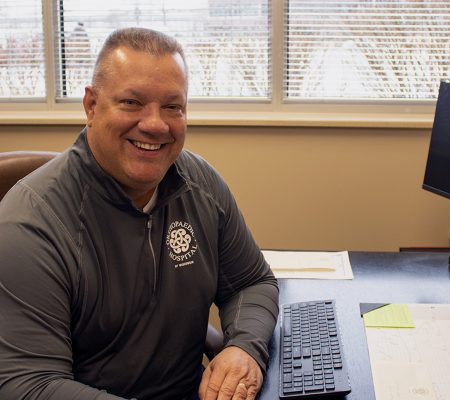 Brian Cramer, Chief Executive Officer of the Orthopaedic Hospital of Wisconsin, will retire on April 30, 2021. His decision to retire will close a remarkable 14 years of leadership at OHOW and nearly 40 years as a leader in healthcare administration.

Cramer’s ideas and passion for upholding our Three Critical Success Factors: Quality, Patient Satisfaction, and Staff Satisfaction have been instrumental in creating the current success of OHOW. He has been exemplary at leading OHOW staff during his tenure, and we wish him the best as we say goodbye.

Since His Start in the Air Force, Brian Cramer has Been a Leader 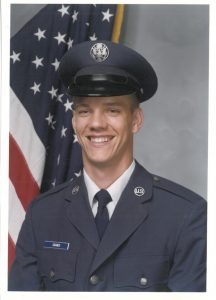 Born and raised in Milwaukee, Wisconsin, he attended Wisconsin Lutheran High School. After high school, he enlisted in the United States Air Force. Unsure of what career path to embark on, he completed the Armed Services Vocational Aptitude Battery Test and was selected to become a Healthcare Administrative Specialist.

“I had no background in healthcare,” Cramer said. “Sometimes, you just have to trust the process. For me, the process worked out exceptionally well.”

His Air Force service began at Hickam Air Force Base in Hawaii, working in the untraditional role of aeromedical evacuation. While in Hawaii, he began to further his education at the University of Hawaii. He would later complete his bachelor’s degree in Business Administration with an emphasis in Healthcare Administration at Wayland Baptist University.

After four years of service in Hawaii, Cramer became the enlisted aide to the Surgeon General of the Air Force. Only four months into the position, the Air Force Medical Service Commissioning Board selected Cramer to become a Medical Service Corps officer, also known as a healthcare administrator. He then completed assignments in San Antonio, Texas, South Korea, and Germany before being sent to Washington D.C. to complete his master’s degree in Health Services Administration at George Washington University. 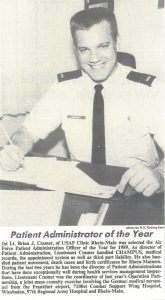 Cramer obtained his graduate degree and returned to his hometown of Milwaukee, where he became the Air Force Director of Medical Recruiting for Eastern Wisconsin and Illinois. To further his education, Cramer then moved to Virginia to complete a one-year fellowship in Medical Plans and Medical Readiness.

With his completed education, Cramer moved to Japan, where he served as the Chief of Operations for Aeromedical Evacuation for the entire Pacific region. In Japan, Cramer met his soon-to-be wife, Captain Michelle Yeske, who was an attorney in the Air Force. He then returned to South Korea, where he led the Command Center of Osan Air Base. Cramer and his wife married in South Korea and completed assignments in Germany and San Antonio, Texas.

While in Texas, the Cramer family had a daughter, Alexis, and son, Ty. Cramer retired from the U.S. Air Force after 23 years of service to focus on his family. He and his family returned to Milwaukee, where he served as the Executive Director of Oncology Services for Columbia St. Mary’s.

With three years of experience in Oncology, Cramer became the CEO of the Orthopaedic Hospital of Wisconsin in August of 2007. He still remembers the day he was offered the position. 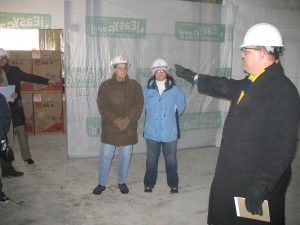 “I received a phone call from Dr. Rory Wright, Co-Owner and Medical Staff President of OHOW, and he offered me the position as the CEO at OHOW. I called my family and let them know that we had just hit the lottery,” Cramer recalls. “It was by far the best career move I ever made.”

Immediately upon joining OHOW, Cramer began leading the construction of a new main hospital building. In November of 2009, OHOW opened the 30-bed, 10-OR facility focusing on orthopedics.

“We’ve come a long way since we moved into the new hospital. We’ve done some amazing things,” Cramer said, “and we owe all the success to our amazing staff.”

Creating a Foundation for Success at OHOW

Throughout his years at OHOW, Brian Cramer has maintained his focus on strengthening his relationships with staff members. Amy Leppla, Inpatient Nurse Manager, says that Cramer’s mentorship has not only helped inform her leadership skills but that she has also witnessed his devotion to the success of others.

“Not every CEO knows the names of his entire 200+ staff. Not every CEO finds out that a staff member’s spouse or child owns a business and either looks to them for personal or business purposes or passes their name along. Not every CEO shows up at your father’s funeral two hours away to show his support. Not every CEO takes the time to grow and mentor young interns and young leaders. I could easily go on,” Leppla said. “Brian is not your average CEO, and he will be greatly missed.”

Of the many developments made under Cramer’s leadership, the establishment and implementation of OHOW’s Three Critical Success Factors: Quality, Patient Satisfaction, and Employee Satisfaction standout. These have been crucial in establishing OHOW’s award-winning levels of patient service. He attributes the success of these factors to the hardworking staff and physicians of OHOW.

“We, by far, have the best staff and physicians that any hospital could ever have,” Cramer said. “OHOW feels like a family-owned business that I have been very fortunate to have been a part of. Our physician-owners have been like having 23 brothers.”

Brandon Goldbeck, the current Director of Operation and Clinical Services, has been selected to become Cramer’s successor. As he begins to step into the role, he notes that Cramer’s exemplary leadership skills and dedication to our Critical Success Factors have greatly influenced how he will follow in Cramer’s footsteps.

“As he’s mentored me, I’ve seen his commitment to patient and staff satisfaction, and I’ve seen how appreciative people are,” Goldbeck said. “It’s made me realize how different our hospital is from many other ones.”

Finishing out his final month at OHOW, Cramer is reflective upon all the staff members he has gotten to know and work with throughout the years.

“I’ve had a great opportunity to work with so many talented people here. If I had to list them, I’d probably name everybody in the hospital,” Cramer said.

The Orthopaedic Hospital of Wisconsin is forever thankful for Brian’s service and impact on our organization. As he moves onto the next chapter in his life, he will always be considered a member of the OHOW family.